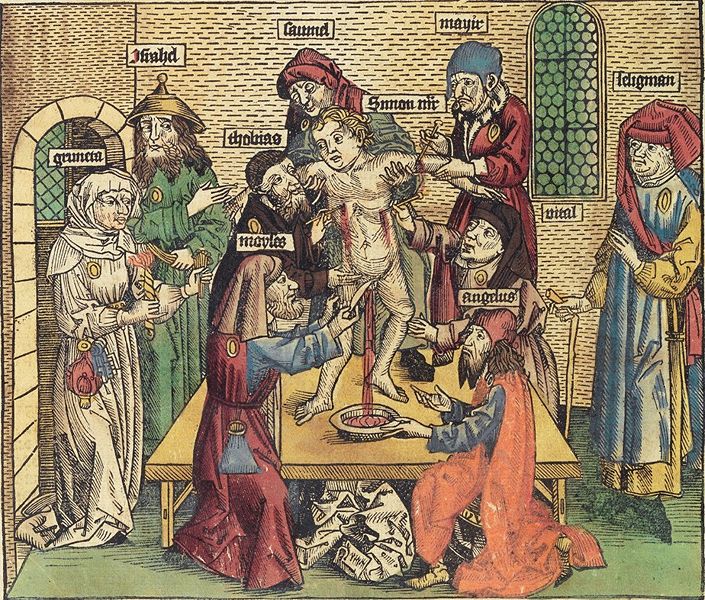 The myth of the blood libel, which has existed since the Middle Ages, claimed that Jews kidnapped Christian children and brutally murdered them for rituals, often on important Christian or Jewish festivals. Unexplained disappearances of Christian children were therefore often blamed on Jews, which could lead to death penalties for the accused Jews or to pogroms.