Petrified lava of Krakatoa in Java, 1885 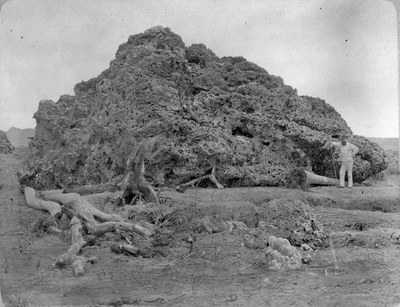 The tremendous eruption of the volcano on the Indonesian island of Krakatoa in 1883 not only destroyed the island itself, but had a global impact. A 40-metre wave and the outpouring of lava were the most spectacular effects. But the volcanic ash, which reached an altitude of several kilometres, dispersed across the Earth's atmosphere as clouds which led to a global drop in temperatures in the succeeding months, which was felt particularly in the northern hemisphere.