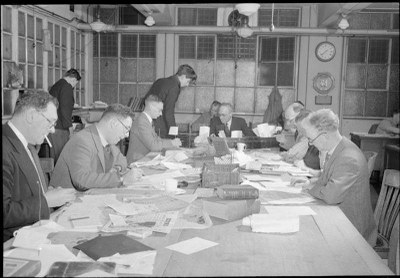 This photo from 1944 shows the editors of the Daily Mail in a typical Anglo-American journalism office: While most journalists had their own rooms in German editorial offices, British editorial staff sat in an open office that had both individual desks and a large conference table.