"The Knight of the Woeful Countenance", 1790 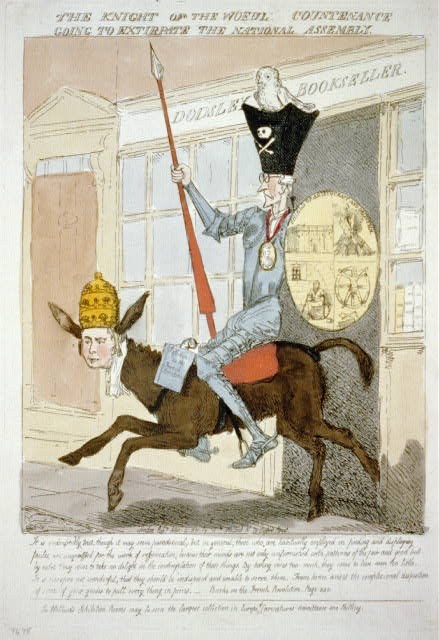 The coloured etching, published on 15 November 1790 by William Holland in London, ridiculed Edmund Burke (1729–1797) as Don Quixote in an armour with lance and shield, bearing the inscription "Shield of Aristocracy and Despotism" as well as scenes of torture and death and a view of the Bastille. Burke rides on a donkey with a human face, adorned with the tiara of the Pope. He is just leaving the shop of James Dodsley (1724–1797), the publisher of his Reflections on the Revolution in France.