The ruins of Convento do Carmo, Lisbon 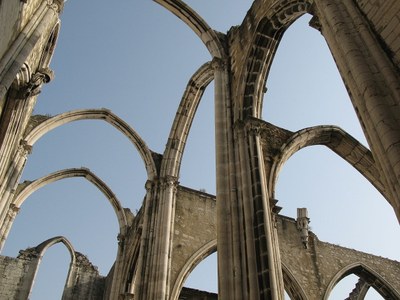 The Carmelite monastery was heavily damaged by the 1755 earthquake. Though reconstruction was intended, it was never completed after the secularization of monastic orders in Portugal in 1834. The building was subsequently used as a timber warehouse until it was given over to the Portuguese Archaeological Society in 1864. The ruin of the roofless church is now the home of a museum and hosts concerts in summer.