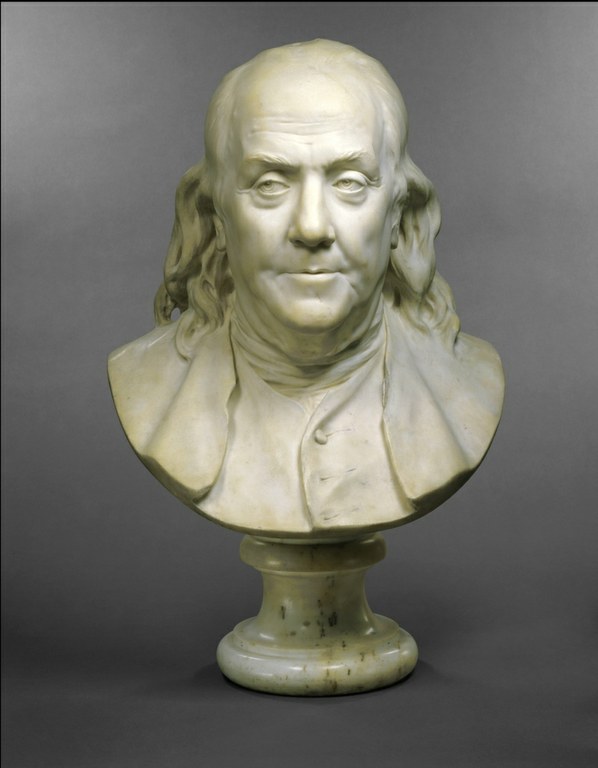 Jean-Antoine Houdon was one of the leading sculptors of late 18th-century France. As a freemason, he held a similar world view to the man depicted, Benjamin Franklin. His bust is not at all flattering. It realistically portrays Franklin's facial expressions and also shows the natural deterioration of the head, neck and face – the receding hairline, the deep wrinkles and a sagging double chin. Houdon's sculpture was often copied, even in the form of smaller ceramics that were mass-produced for the market.