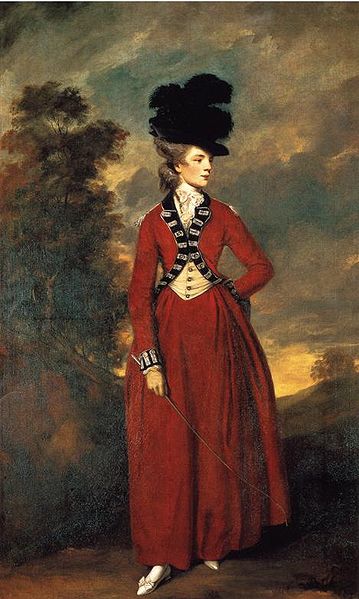 In this portrait by the English painter Joshua Reynolds, Lady Seymour Dorothy Worsley (1758–1818) wears a red riding dress with military details that borrows from the regimental uniform of her husband, Sir Richard Worsley (1751–1805), who fought for the British in the American War of Independence.