A Plan of Manchester and Salford in 1794 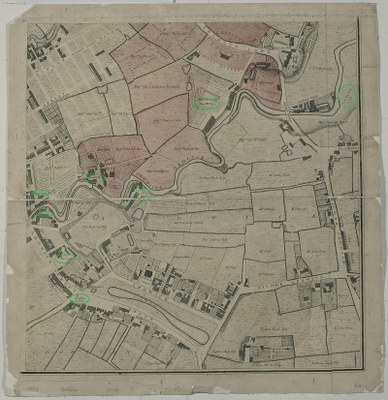 Due to its advantageous geographical location, the city of Manchester in North-Western England became the industrial centre of the United Kingdom in the 19th century. The numerous rivers and streams of the region and its proximity to the coast meant that many workshops engaged in the textile industry and suppliers established themselves there as early as the 18th century. The city and its economic output grew rapidly as a result. This map from 1794 illustrates how dying workshops and other workshops (marked in green) settled near the Medlock river on what was then the edge of Manchester, thereby profiting from their close proximity to one another.