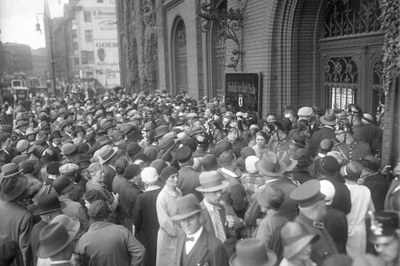 After the stock market crash in New York on October 25th, 1929, the global economic crisis gradually gripped most of the industrial countries, reaching its lowest point in 1932. As well as numerous companies, banks also collapsed in many countries, triggering panic among the population, which not only feared for their jobs, but for their savings also. The photo shows Berlin residents concerned about their deposit accounts.