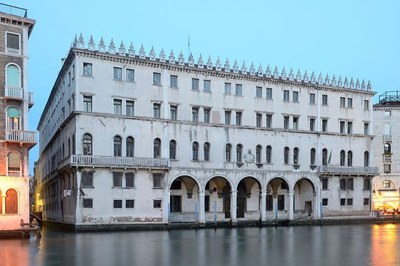 From the 13th century onward, the Fondaco dei Tedeschi on the Grand Canal near the Rialto Bridge served German merchants as a trading post for Italy and the whole of the Mediterranean region. The building, which was erected in 1508 after two fires, also served as a customs office and a post office over the centuries. An application to convert it into a shopping centre was refused in 2016.