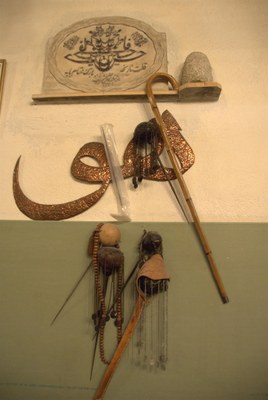 The picture shows several instruments that were used in rituals during which the bodies of the believers were pierced with larges needles. At the wall behind can be seen some examples of calligraphy in Arabic script.