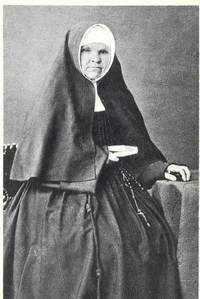 Katharina Kasper founded the Poor Handmaids of Jesus Christ, a women's order that expanded rapidly, primarily in the diocese of Limburg and its neighbouring dioceses. The congregation's statutes which called for the "spreading of virtue by example, instruction and prayer" were approved in 1850. By the time of the founder's death, the congregation's membership had increased to 1,725 distributed among 193 houses. In 1978 Katharina Kasper was beatified by Pope Paul VI.