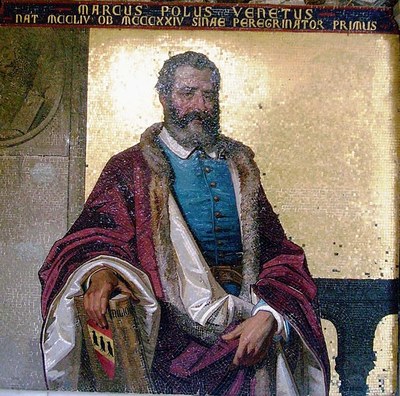 Marco Polo (1254–1324) was a Venetian merchant, and he travelled with his father Niccolò Polo (1230–1300) and his uncle Maffeo Polo (1252–1309) to China and elsewhere. His descriptions of his travels had a marked and lasting effect on European ideas about Asia, and they were translated into several languages from the 15th century onward.