Pamphlet on the Beneficent Acts of the Jesuits in Bohemia 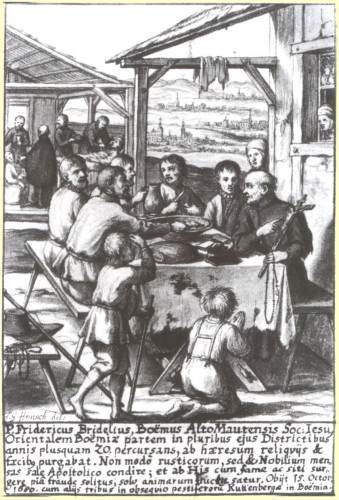 The Jesuit order played an important role in the counterreformation. They came to Bohemia at the invitation of Ferdinand I (1503–1564) in order to help re-Catholicise the country which had been religiously divided following the Hussite wars.