The East Indian House in London, 1843 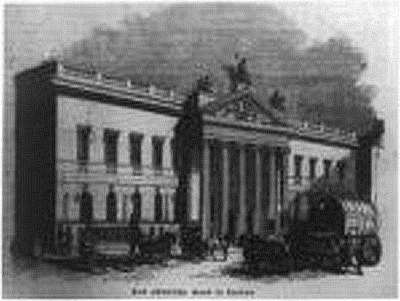 The British East India Company existed from 1600 to 1874 and traded – among other things – in cotton, tea, silk, spices and opium from the British colonial territory. The photograph shows the company's headquarters in London.