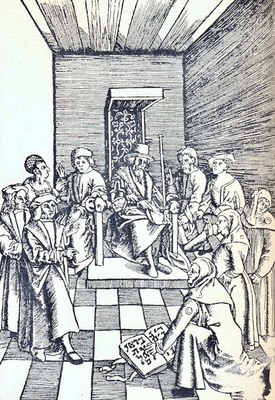 The Christian oaths sworn in legal cases were considered invalid for non-Christians, which is why special oaths were introduced for the use by such communities since the early Middle Ages. The Jewish oath or oath more judaico (according to the Jewish custom) was the oath that Jews were made to swear into the modern age in court cases involving both Jews and Christians. This often involved humiliating rituals. For instance, Saxon law stipulated that Jews were to make their oath standing on the skin of a sow that had given birth to piglets in the last two weeks. Though these customs gradually fell out of use, separate oaths for Jews were not abolished until Jewish emancipation was proclaimed in the 19th century.