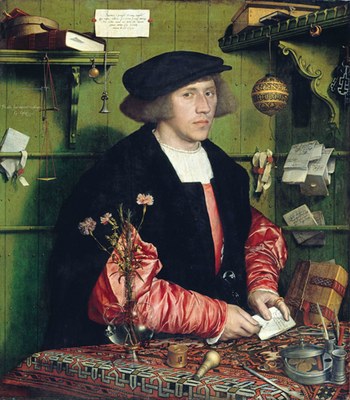 For the networks of the Hanse merchants, the personal and economic contacts, forged during trading voyages and sojourns in kontore abroad, were of great importance. This portrait by Hans Holbein the Younger shows Georg Gisze, a Hanseatic merchant from Danzig, who was active for the Hanseatic League's Cologne branch at the London "Steelyard" trading office since 1522. Gisze is surrounded by some of the objects and symbols of his work, such as scales, account book and seal. The fact that Gisze was painted by Holbein, an artist who at the time was also working for King Henry VIII, is an indication of his superior social position, which is also reflected in his fine clothing.