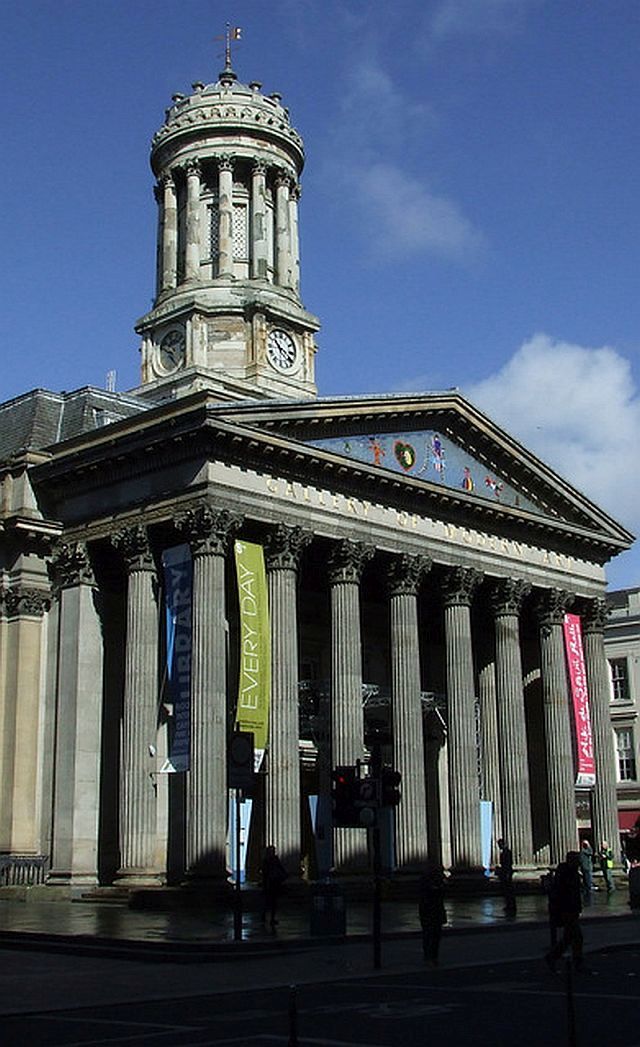 As so–called "tobacco lords", many successful tobacco merchants had a lasting effect on the development of Glasgow in Scotland, which became one of the leading industrial cities of Great Britain. One of the city’s landmarks up to the present is the Royal Exchange building that was built between 1778 and 1780 as the city residence of the wealthy tobacco merchant William Cuninghame of Lainshaw. In 1817, it was acquired by the Royal Bank of Scotland, and served for many decades as a stock exchange and later as a library. Since 1996 it has housed the Gallery of Modern Art.