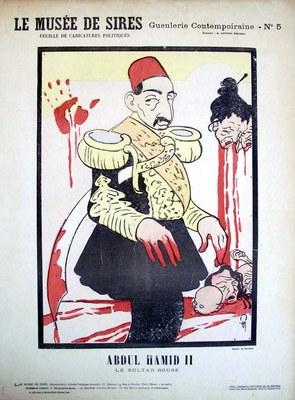 The Ottoman Sultan Abdülhamid II had a very bad press in Europe. The ethnic conflicts that took place during his reign in the Ottoman Empire, especially the massacres of Armenian Christians in the 1890s, for which he was held responsible, earned him the label of the "Red Sultan".