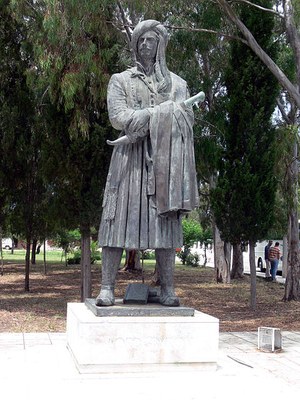 The death of Lord Byron came as a great shock to Greece. Several monuments were erected to him, and a district of Athens carries his name to this day. This monument in Mesolongi, where Byron died, was inspired by a portrait by Thomas Philips from 1813 which depicted Byron in Albanian national dress.