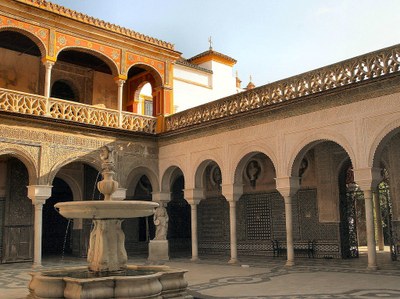 The Casa de Pilatos, which was built in the first half of the 16th century, is one of the most splendid buildings of Seville in the Golden Age. The building is a good example of the mixture of Moorish influences (Mudéjar style) with elements of the Italian Renaissance. The name of the palace stems from a journey of its first owner, the Marqués of Tarifa, to the Holy Land. Later, the palace came into the possession of the Dukes of Medinaceli.