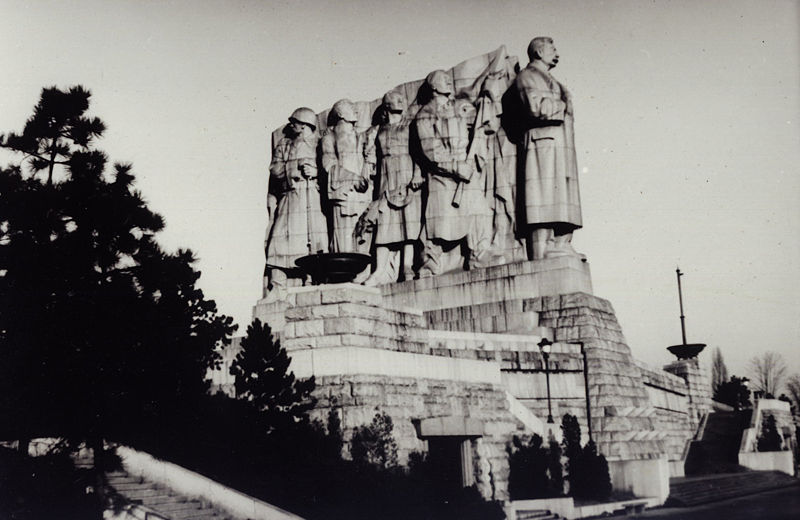 The Stalin Monument in Prague was unveiled after a five-year construction period in 1955, two years after Stalin’s death. It was demolished in 1962 as part of the de-Stalinization drive. At more than 15 metres tall and 22 metres long, the monument was considered the largest representation of Joseph Stalin (1878–1953) in the world. Stalin is depicted in Napoleonic fashion with one hand tucked inside his buttoned-up overcoat. Behind him stand idealised representatives of the Czech and Soviet peoples: a worker, a female Kolkhoz worker, a Red Army soldier and a partisan fighter.