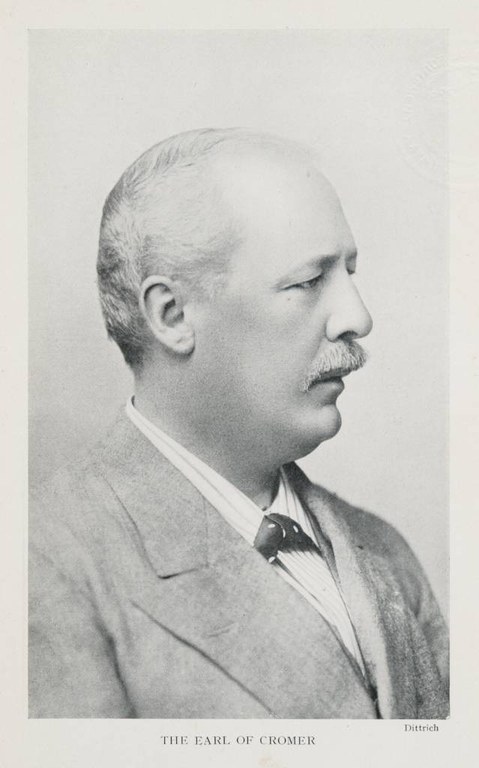 Evelyn Baring was sent to Cairo by the British government in 1877 during the Egyptian financial crisis, and was installed in 1879 as Controller-General of Egyptian state finances. In 1883, he became the British representative and Consul-General in Cairo and controlled in this capacity the government of the country, which had been occupied by British troops in 1882. In 1907, he was forced to resign after harsh treatment of Egyptian peasants who had clashed with British officers (the Dinshaway Incident).

This work is licensed under a Creative Commons Attribution 2.5 License.