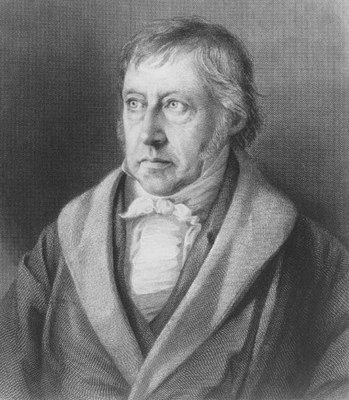 Georg Wilhelm Friedrich Hegel was one of the most important German philosophers of the 19th century. He studied theology and philosophy in Tubingen, where he met Friedrich Wilhelm Joseph Schelling (1775–1854) and Friedrich Hölderlin (1770–1843). After professorial posts in Jena, Nuremberg and Heidelberg, he was appointed to the University of Berlin, where he became the successor of Johann Gottlieb Fichte (1762–1814). Here, Hegel, who alongside Fichte and Schilling is considered to be the most important representative of German Idealism, had his greatest impact by, for example, founding the Jahrbücher für wissenschaftliche Kritik in 1826.