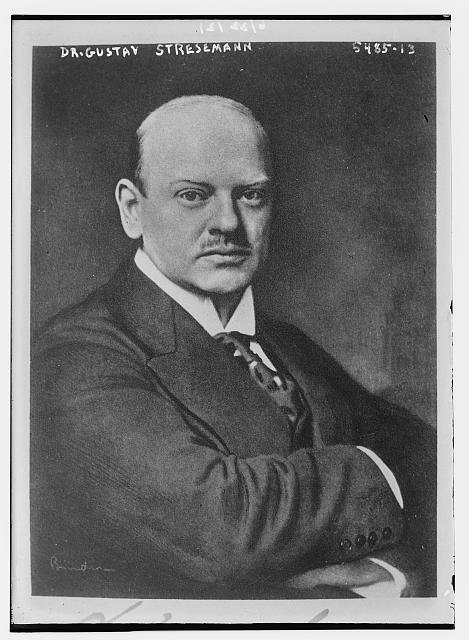 Gustav Stresemann, German politician and economist,  founded the German People's Party (Deutsche Volkspartei, DVP) in 1918. Between August and September 1923 he served as Chancellor and Foreign Minister and between 1923 and 1929 as Foreign Minister. His most notable achievements were the Dawes plan (1924), the Locarno Treaties (1925), Germany's admission to the League of Nations (1926), the Treaty of Berlin (1926) and the preparation of the Young plan (1929). In 1926 the Nobel Peace Prize was awarded jointly to Gustav Stresemann and Aristide Briand, the French Foreign Minister.