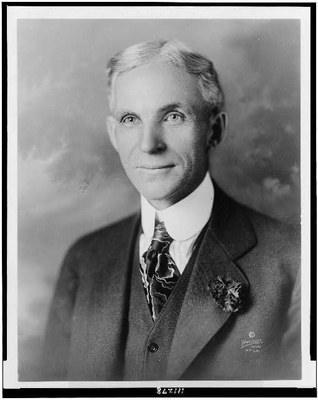 Henry Ford (1864–1947) founded the Ford Motor Company in 1913 and became America's most famous manufacturer of automobiles. The model of assembly-line production, working with standardised parts and using as few employees as possible, was perfected in his factories. Ford's principles of rationalisation had considerable influence on industry outside the USA.