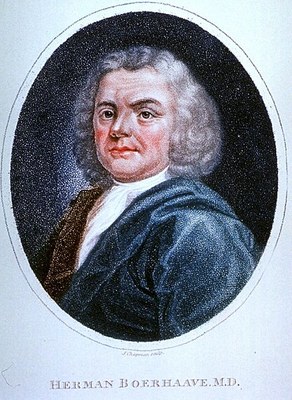 Herman Boerhaave was the most famous medical teacher of early 18th-century Europe. He is widely regarded as the founder of clinical teaching; however, when Boerhaave was in charge of clinical teaching at Leiden the beds in the collegium medico practicum were empty most of the time. In fact, in the period between 1711 and 1737, during Boerhaave's most successful years, there was a serious decline in the number of patients admitted to the hospital. Boerhaave's successful approach, the reason why he was eventually called the teacher of Europe (amongst his most famous pupils was Albrecht von Haller), was pedagogical. He did not discover anything new, but he was extremely good at keeping and transforming existing knowledge in a new and more easily consumable format.