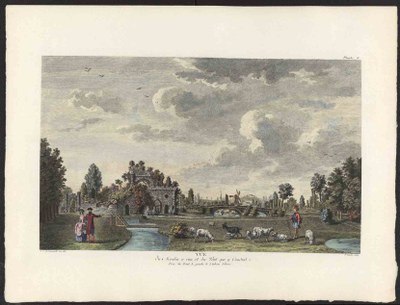 The early French landscape garden at Monceau near Paris was created for the Duc de Chartres and in 1779 it was publicized in a book of illustrations. The elaborately coloured etchings show scenes from this Anglo-Chinese garden, the design of which was guided by a cosmopolitan concept based on the motto "tous les temps et tous les lieux" (all the times and all the places).