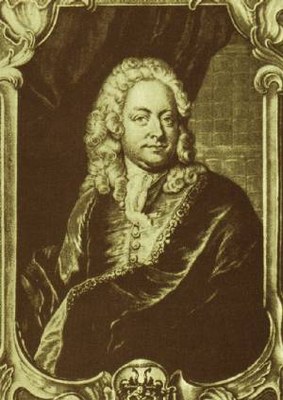 Johann Mattheson (1681–1764) worked as a composer and scholar in Hamburg. In 1706 he was named secretary to the English ambassador and later even became deputy ambassador, which made him especially receptive to literature from England. In 1713/1714 he wrote the Vernünfftler, the first moral weekly in Germany. Yet Mattheson's true fame was as a scholar of music. In 1739 he published Der vollkommene Kapellmeister, a work of music history, followed a few years later by a biographical encyclopaedia of famous composers entitled Grundlage einer Ehrenpforte. Mattheson also translated Daniel Defoe's (1660–1731) novel Moll Flanders into German.