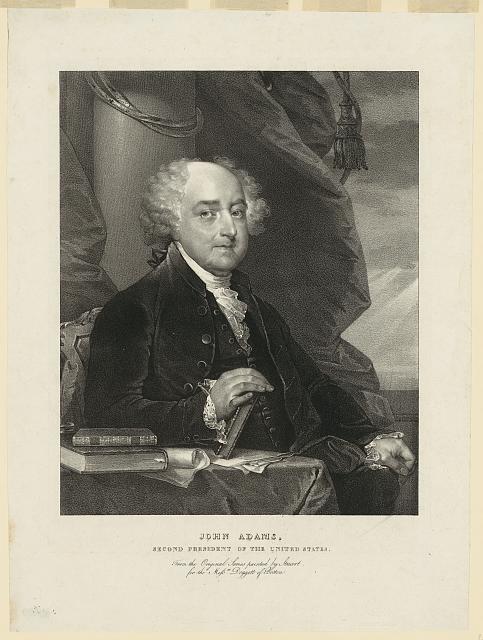 Between 1774 and 1777, John Adams, a leader of the colonial resistance, was a delegate of the Continental Congress where he distinguished himself as co-author and defender of the American Declaration of Independence (1776). From 1778 to 1788, he was a diplomat in various European states and played a decisive role in the Peace of Paris (1783). In 1789, Adams became the first vice-president of the USA; in 1796, he was elected second president of the USA.