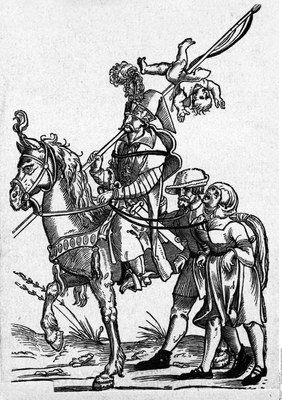 During the Turkish Wars of the 16th century, the hegemonic conflicts between the Habsburg and the Ottoman Empire, pamphlets played an important role as propaganda and as a means of mobilising the will to fight against the Ottoman troops. Woodcuts, such as this one, were meant to illustrate the cruelty of the Turks and enhanced the fear of the Turks in the Holy Roman Empire.