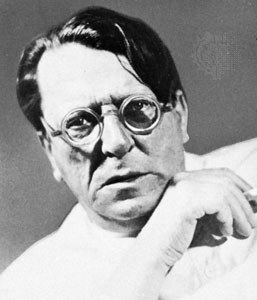 As an Alsatian, the writer René Schickele felt that he belonged to two nations and was active in the effort to bring them together, a task he equated with establishing European cultural unity. During the First World War he emigrated to Switzerland from where, beginning in 1914, he edited the pacifist journal Die weißen Blätter. In 1932, he emigrated again, this time to Southern France. His cosmopolitan and pacifistic stance was a determining factor in his literary work that was also influenced by Expressionism. Schickele also distinguished himself as a translator of French into German.