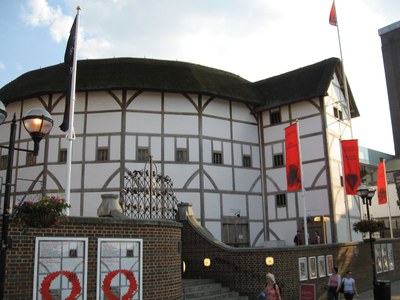 Since its opening for performances in 1997, the new Globe Theatre, which was rebuilt a few hundred yards from its original site, has continued to grow. Dedicated to exploring Shakespeare’s work and the playhouse for which he wrote, the Globe nowadays presents not only productions of plays by Shakespeare and other dramatists but also offers an exhibition as well as educational lectures, workshops and staged readings. In 2013 an indoor Jacobean Theatre was completed which allows the Globe to stage theatrical events all year round.