The Conspiracy of the Batavians under Claudius Civilis 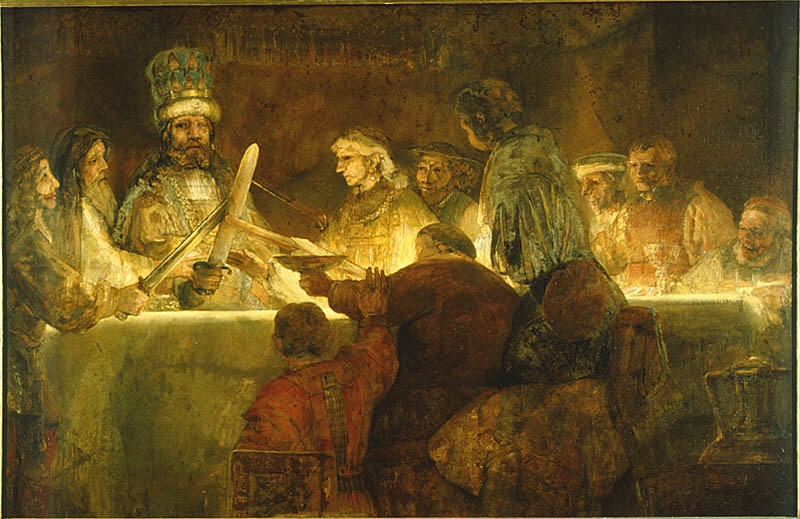 After gaining independence from the Habsburgs the political protagonists and theorists of the young republic tried to discover and publicize the Netherlands' historical roots and historical continuity. In this regard reference was made to historical figures, in particular to the Batavian prince Claudius Civilis who during the 1st century AD led a revolt of Germanic tribes against Rome with the goal – according to Tacitus – of creating an independent empire in North Western Europe. Rembrandt's picture that was displayed in Amsterdam's city hall shows the moment in which the followers of Claudius Civilis solemnly swear loyalty to him. Civilis and his tribe, who were characterized as freedom-loving and heroic, were regarded as the direct ancestors of the Dutch and functioned as a model for the virtues and qualities that Dutch society wished to realise.