The Fortifications of Besançon Today 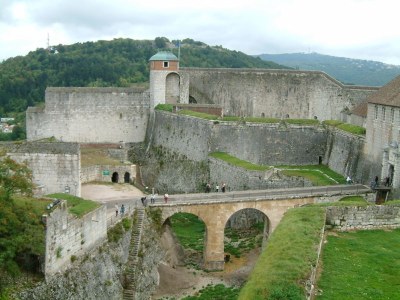 After the first conquest of the city, Louis XIV planned to build fortifications there. As early as 1668 Vauban visited the site and drafted his first plans. But the town did not definitively belong to France until the Treaty of Nijmegen (1678). Louis XIV had the fortifications which had been begun by the Habsburgs enlarged and strengthened by Vauban. Work continued until 1711. The result was one of the most strongly fortified sites of the time.