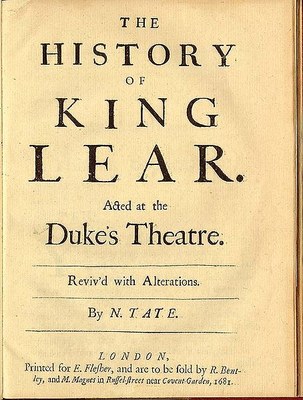 This adaptation of William Shakespeare’s (1564–1616) play King Lear was published by the Irish author Nahum Tate (1652–1715) in 1681. It remained very influential on British stages for 150 years, despite the fact that Tate had changed the tragic ending of the original play into a happy one.