Cognitive Maps in Rats and Men 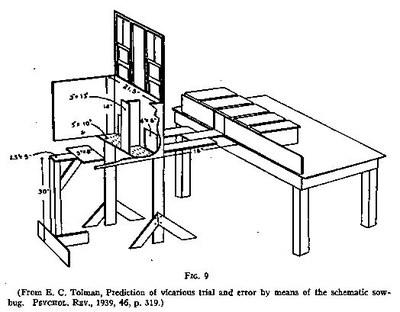 The American psychologist Edward C. Tolman (1886–1959) conducted research into the understanding of space in rats, and to this end he constructed the labyrinth depicted here. He developed the concept of the "cognitive map", which was also adopted in the disciplines of geography and city planning in the 1960s, and which subsequently became relevant to historical analysis as "mental maps".