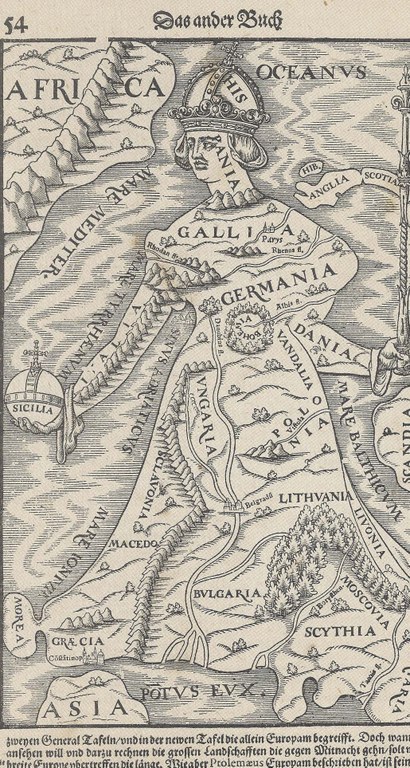 The only original of this European continental allegory by Johannes Putsch (1516–1542) is conserved in the Tyrolean State Museums (Tiroler Landesmuseum) in Innsbruck. More frequently found is a variant that was printed in the later editions of the Cosmographei (Basel 1544) by Sebastian Münster (1488–1552). Apparently, the allegory was only included after the death of Münster. The illustration shown here was used from 1556 until the last edition of the Cosmographei in 1628.