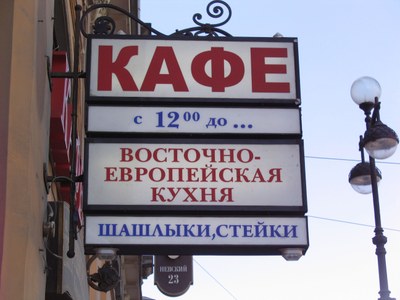 While the term "Eastern Europe" is commonly used in the "West", it is only rarely used by "Eastern Europeans" to refer to themselves. The sign in the photograph is an exception. Hanging outside a café in St. Petersburg, it confidently advertises "Eastern European cuisine".