Slaves on a sugar cane plantation in Cuba 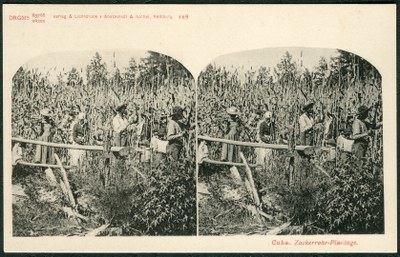 Cuba came under Spanish control from the first half of the 16th century. Within a few decades, the indigenous population fell victim to violence and disease. In the 17th and 18th century, the Spanish planters used tens of thousands of slaves from West Africa for the labor-intensive cultivation of sugar cane. The image shows men, women, and children doing forced labor in the sugar cane plantations around 1900.