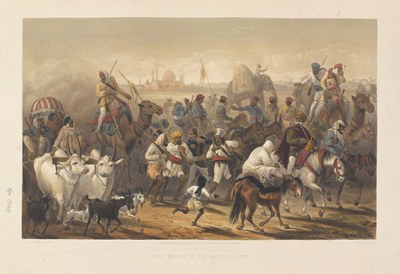 The Indian Mutiny of 1857, also known as the Sepoy Uprising, was launched against the colonial rule of the British East India Company over the Indian subcontinent. The picture shows the allied native troops who helped defeat the uprising. These included the armies of Madras and Bombay belonging to the East India Company and comprised Sikhs, Muslims from Punjabi, and Gurkhas.