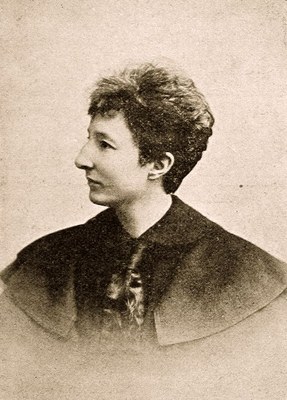 After training to become a teacher and working as an actress and photographer, Anita Augspurg studied law in Zurich and became the first female jurist in Germany. Together with Lida Gustava Heymann she was the leader of the radical bourgeois women's movement in Germany, founded the Deutsche Verein für Frauenstimmrecht (1902), and edited the journal Die Frau im Staat (1919–1933). Besides this, she co-founded the Internationale Frauenliga für Frieden und Freiheit. As a pacifist she opposed the Nazis and, together with Heymann, emigrated to Switzerland in 1933.