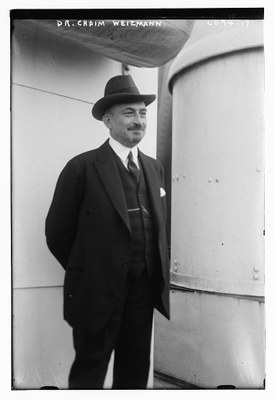 The chemist Chaim Weizmann, who was born in Belarus, already took an interest in the Zionist ideas of Theodor Herzl while at university in western Europe. In the Zionist movement, Weizmann frequently acted as a mediator. In particular, he campaigned for a synthesis between political Zionism, which aimed at the foundation of a state, and practical Zionism, which promoted the settlement of Palestine. After the First World War, Weizmann served as president of the World Zionist Organization (WZO) for many years. From 1948 until 1953, he was president of the new state of Israel, having played a central role in the foundation of that state.