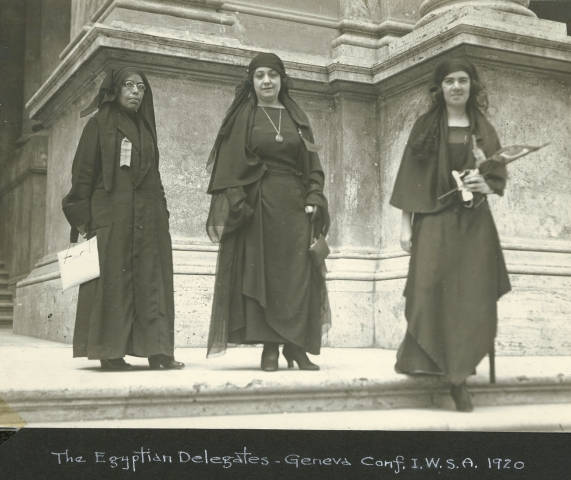 The photograph shows, from left to right, Nabawiyya Musa, Huda Sha`rawi, and Saiza Nabarawi – the Egyptian delegates at the 1923 International Alliance of Women (IAW) conference in Rome. The head of the delegation, Huda Sha`rawi, played a key role in early 20th century Egyptian feminism and Egyptian national struggle against the British. Among other things she was active in social work for poor women and children, founded the Intellectual Association of Egyptian Women (1914) and the Egyptian Feminist Union (1923) and served as the president of the Wafdist Women's Central Committee (since 1920). Upon their return from the 1923 conference in Rome Sha`rawi, Musa, and Nabarawi in a symbolic act removed their veils in public at Cairo station.