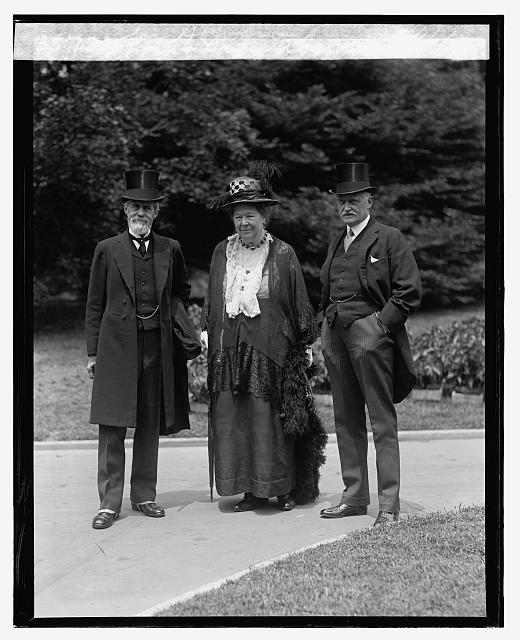 Ishbel Maria Hamilton-Gordon, Marchioness of Aberdeen and Temair (center), wife of the Governor General of Canada and a daughter of Dudley Marjoribanks, 1. Baron Tweedmouth, served as the first president of the International Council of Women (ICW), a post she held, with a few interruptions, between 1893 and 1936.