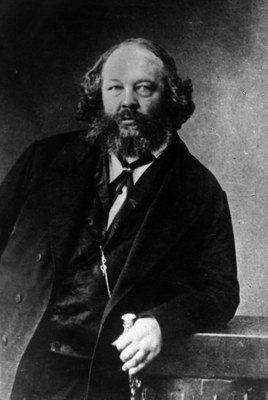 Mikhail Bakunin (1814–1876) was one of the most influential activists of the anarchist movement and participated among other things in the revolution in France in 1848. His supporters in the International Working Men's Association were critical of the Marxists, who called for a strong, centralized government.