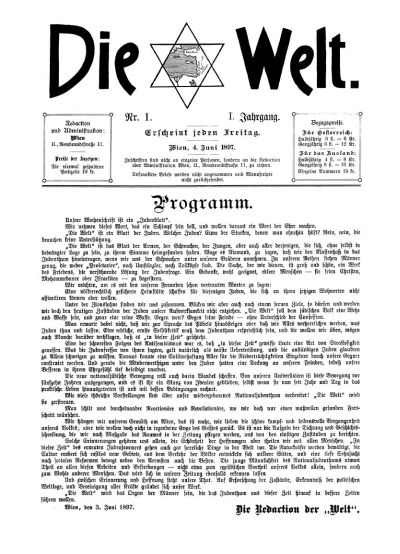 The newspaper Die Welt was founded in 1897 by Theodor Herzl. It was published weekly by its own publishing company up to 1914 – initially in Vienna and subsequently in Cologne. As the central publication of the World Zionist Organization, it reported on the development of the Zionist movement throughout the world, but also on current events that affected the Jewish people generally.