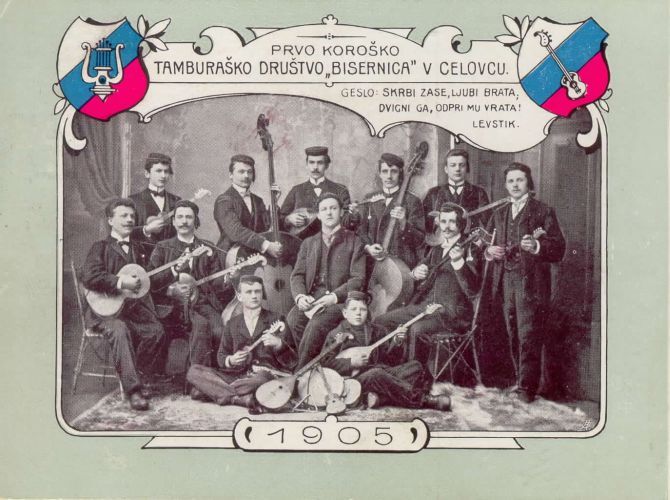 The Slovenian-speaking population of Carinthia, who had decided to remain in Austria by referendum in 1920, was confronted with brutal Germanization measures during the Nazi era. During the Second World War in particular, numerous Carinthian Slovenes were deported. The Nazi government, further, suppressed the previously diverse cultural life and associations of those who remained in the country. The image shows First Carinthian Tamburitza Club "Bisernica" in Klagenfurt in 1905. The tamburitza is a South East European stringed instrument that also came to Austria with the Slovenes.