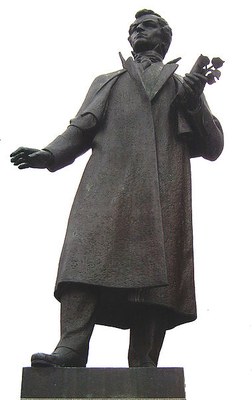 The Slovak scholar, clergyman and poet Ján Kollár (1793–1852) not only published an anthology of Slovak folk poems, but also researched the relationships between the various Slavic languages. His scientific work had a great influence on the national movements of Slavic peoples. Although Kóllar published mainly in Czech and was skeptical about the attempts of other Slovaks to establish Slovak as a written language, he was commissioned by the Habsburg government in 1849 to create a Slovak official language to be used in schools and by some authorities. This artificial official language, though, was abandoned after only a few years.