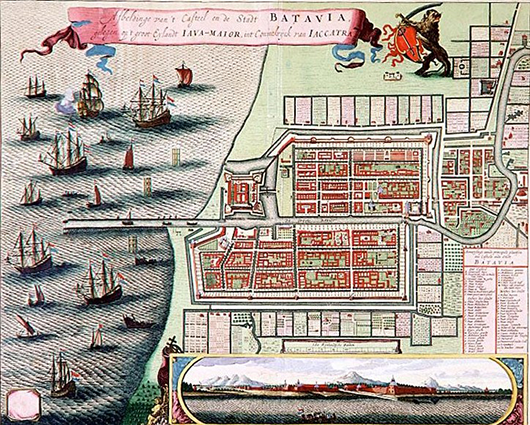 Depending on one's perspective, "crossroads" can be the points at which two or more roads either meet or diverge. Accordingly, they are both central meeting places and critical points at which the ways part. The articles in this thread deal with such "crossroads", both literally and metaphorically, and offer a spatial approach to a transcultural history of Europe. "Space" is understood here to be both "made", i.e. the product of processes of construction, and relational, meaning it is dependent upon time and context. "Space" also means here the zones of intensive contact that can contain conflict. These areas, in which two or more systems meet, can be both border regions such as the Pyrenean space or the Mediterranean, but also academic, artistic, academic or political metropolises in which complex social, cultural and economic processes converge and influence one another.

The development and diffusion of different laws and understandings of law represent one of the factors that has had a lasting impact upon the character of European spaces. The survey Legal Families tries to classify law using certain criteria – language, geography, political system, religion – into larger groups of legal systems. In Europe, different legal systems were created: the Romance, the German, the Anglo-American and the Scandinavian, each of which is described in more detail in an article of its own. The article German Legal Tradition, for example, depicts the development of the continental European, German-language and typically codified law that dominated the civil law system of Germany, Switzerland and Austria and whose roots lie in Romano-German law. Through the further innovations of important legal scholars of the 19th century and codifications such as the German Civil Code (Bürgerliches Gesetzbuch – BGB) of 1896 or the Swiss Civil Code (schweizerisches Zivilgesetzbuch – ZGB) of 1907/1912, the German legal systems had an influence well beyond the borders of Europe.